The author tries very hard (GTAC 2015) to point out that correlation does not imply causation, and to point out that once the test suite size is controlled, that correlation between coverage and mutation score vanishes, and hence avoid using coverage as a measure of effectiveness. However, this assumes that test suite size (in absolute numbers – say 10 test cases, or 100 test cases) is some thing that people care about. Usually, when we decides to test, we have a budget. But that budget is defined in terms of test development time (and for larger applications, the test run time may also count) but rarely if ever, one hears about limiting the tests to run in terms of absolute numbers (i.e. run only 100 tests).

One usually decides to stop testing when one reaches some sort of adequacy. Say 100% statement coverage. Unfortunately, test suite size has no equivalent notion. So test suite size can not supplant coverage as an adequacy measure. Hence, I do not see why one should control for test suite size.

Author’s point is that the correlation between coverage and effectiveness is not a real causative correlation. That both are caused by the increase in the number of tests. However, consider a test suite. Say we improve the test cases without increasing the number; say by fixing some bugs. Say the improved test cases resulted in a larger coverage. We could expect the improved test cases to have better coverage because it covers more lines, and so long as our oracles are sufficient, the bugs (or mutants) in the newly covered lines can be detected without a corresponding increase in the number of test cases in the test suite. Similarly, a doubling of test cases by just duplicating them increases the test suite size without an increase in either coverage or effectiveness. Hence, I believe that authors insistence that the correlation is not due to a causative relationship is incorrect.

Another problem I have with Inozemtseva 2014 is that it uses normalized mutation score, which makes their results unusable.

The next problem is that mutation analysis is pushed forward as the silver bullet. However, mutation analysis is again beset with a number of problems. The biggest practical difficulty is due to the number of mutants. Even when we restrict the mutants to just first order, the number of mutants is still extremely large, and each mutant requires a complete test suite run. Note that we assume that first order mutation is sufficient by assuming coupling hypothesis works. However, a result from Wah et al. (Wah 2001) suggests that as the programs become larger, the coupling effect decreases. If that is the case, one would need to look harder at using the higher order mutants also, which would increase the number of mutants again.

The other issue is with semantic mutant clones. Equivalent mutants are versions of the original with syntactic mutation, but no semantic impact. For example, deletion of a print statement or an initialization statement may not have an impact in the program behavior observable by the test cases. So, given a set of mutants of which 50% is equivalent (50% is not an extreme estimate. A previous study (Papadakis 2015) found that up to 17% mutants were trivially equivalent – that is, these mutants result in no difference in object code once optimizations are applied), not even the best test suite will have greater than 50% mutation score.

This means that a low mutation score is not indicative of low quality test suite.

Duplicate mutants on the other hand are mutants that are semantically equivalent to each other. So if you catch one, you catch all in that set.

This means that a high mutation score is not indicative of high quality test suite.

Finally, can we assume that two test suites with 50% mutation score is similar in effectiveness? That again is problematic because it assumes that mutants are similar in ease of detection. However, there is sufficient evidence that some mutants are hard to kill (Papadakis 2015) while others are extremely easy. So given a test suite that is optimized for killing stubborn mutants, and another which kills a few sets of redundant and trivial mutants, the measure will favor the test suite that kills trivial and redundant mutants, while the effectiveness of the test suite targeting stubborn mutants may be larger. Hence, mutation score does not even facilitate an unbiased comparison between test suites. 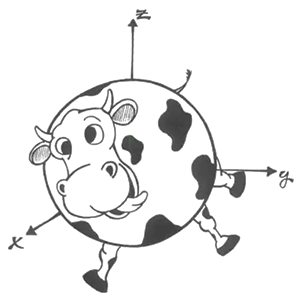